It is interesting to see so many supporters of capitalism and small government cringe.

Capitalistic exploitation of cheap resources and labor has provided a stable livelihood for many who have never felt exploited because of the protections their grandfathers voted for when robber barons last ruled.

Realization that they have become this cheap labor causes worry to build among these supporters of small government. They realize that their livelihood is controlled, not just by the modern robber barons of their own nation, but by the robber barons of foreign nations.

They realize they might need protection from the government they believe is too big. 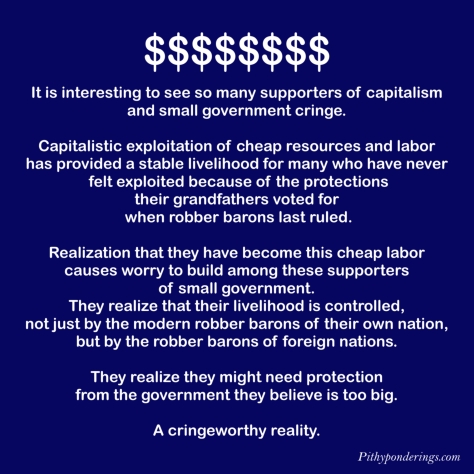