I decided to shift gears a bit this week and try something new. After posting my video updating the progress made on my Christmas Countdown Collection spin, I decided to finally try making my own stitch/row markers for my knitting/crochet projects.

A rainy day project, followed by a backyard stroll was just what I needed to refresh my emotional state of being.

When plans get derailed, it is good to find a replacement, and video blogging has really helped 2020 seem less glum. Every week I learn new things with the video editing. It has been a wonderful way to beat back feelings of stagnation.

If you haven’t kept up with my current spinning project, this is the latest video.

Leadership should be from the front, even when it is behind the scenes.

Leading the way means to take the first steps and chart the course that others will do well to follow. This can be done behind the scenes as is the case with most organizations that rely on volunteers. While the volunteer army goes forth to accomplish the goal, their success heavily relies upon the plan and focus designed by the leadership who may very well not be with them on the battlefield.

Or in other words, a good farmer does not need to directly harvest the crop if he has a harvest plan that can successfully be followed by his field hands.

Trying to ensure no one is made uncomfortable seems to be at the heart of everyone becoming less comfortable. Maybe we should support fact and encourage people to adjust.

Discomfort can be the motivator of positive change.

Change may take time, but discomfort encourages its continual pursuit.

Regardless of if the event is positive or negative, rather than longing for the past, we should strive to make tomorrow better.

Reposting from 2012. Some things are good to revisit.

While a person can sign up for hazardous service in the military, police force, or other the other various service professions where life may be placed at risk, they cannot sign up to be the ones to die during a pandemic. The very notion that people could sacrifice themselves in such a way is ridiculous. Statements of this nature* promote the appalling belief that the vulnerable are expendable.

The vulnerable are not expendable. They are the ones we fight for, risk our lives for, and go to great lengths to defend from all harm. 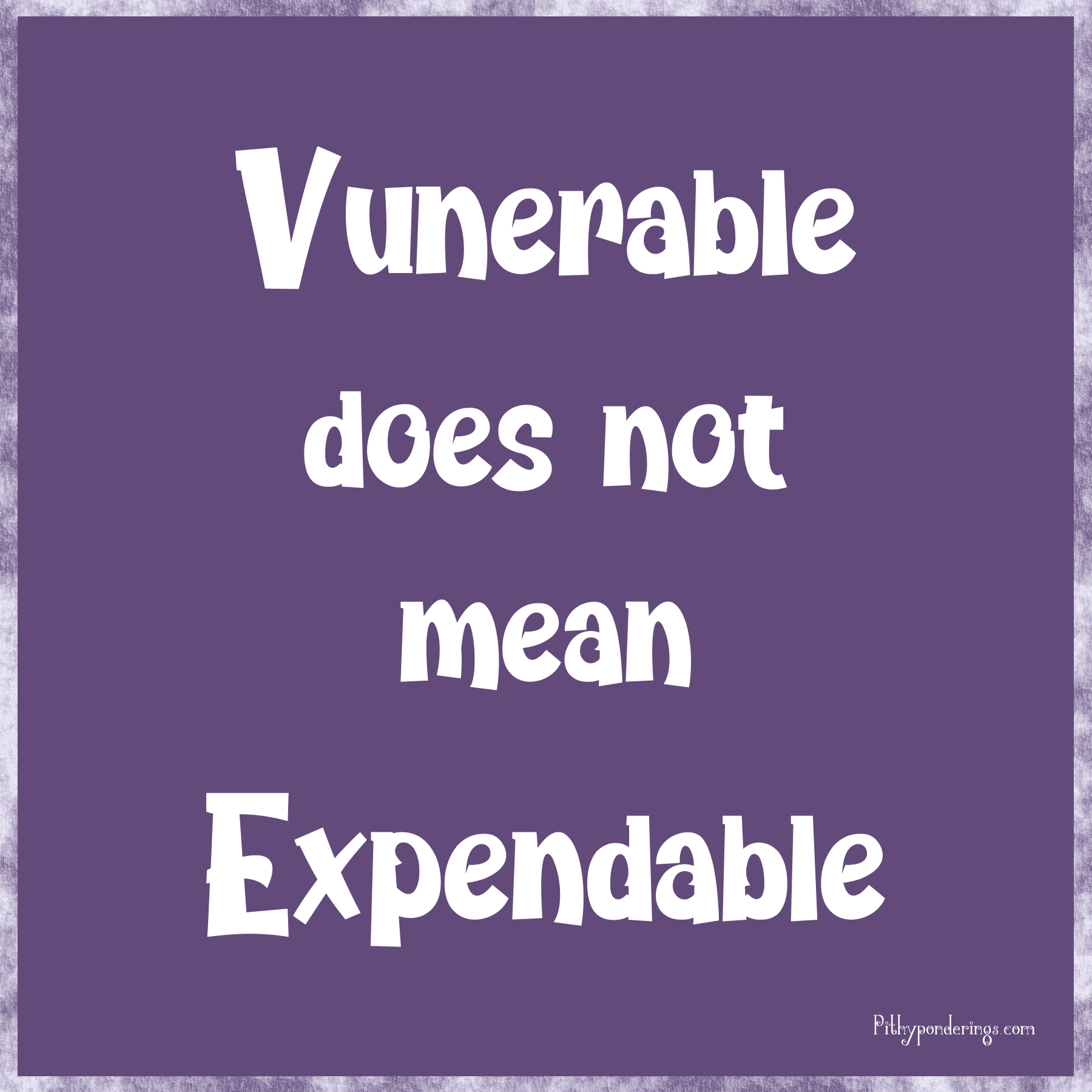 *Texas Lt. Governor voices what many may feel, but what goes against the advice of experts.

Good intentions do not justify bad actions. Neither will they absolve accountability for the harm that is done.

A little drop of kindness helps more than all the floodwaters caused by the unkind.

It seems to be a universal and timeless condition to desire being told what to do rather than taught how to do it.

Despite declarations to the contrary, humankind does seem to like the quick solution of being told what, when, and where to do something – and what to think.

There are people who offend regularly, some with intent and some through ignorance of their own actions. Rather than modifying their own behavior in order to be less offensive, they condemn the other as being victims of poor choices.

Personal agency requires personal accountability, but to assume that someone outside the center of the community is there because of wrong-doing or because they are angry for having been the recipient of offense lacks charity and undermines the success of the community; unless, of course, the objective of the community is to weed out all but those who seek power over others.

A community or society built upon charity and benevolence will find itself woefully weakened if it loses sight of the understanding that all who are distant are those in most need of charity, kindness, and acceptance. This acceptance may be simply in the form of respecting the choices the individual has made rather than condemning the individual. Creating the other is never charitable or kind-spirited.

* the other defined –  a group or member of a group that is perceived as different, foreign, strange, etc