This wonderfully well-written blog post was shared with me today. It articulates the perception that Trump and his devout followers create. This perception is of their own making. It is difficult for the rational mind to make any other assumption than the ones outlined by this blogger.

The thing I have noticed, which I have been noticing elsewhere as well, is that there are so many confused people who are seeking a leader who does not require them to read or think on their own. They simply want someone to tell them what to do. Trump is excellent at reassuring his followers that they need not think because he will think for them. Somehow this assurance is more comfortable for them than continuing to struggle with an imperfect Hillary or a revolutionary Bernie. Certainly, it is more comforting than shifting through the mass populace of Republican candidates who only seem to confuse the GOP identity rather than define it.

Those who commented on this blog who either did not read it, or did not understand the literary nuances of it, or simply hated what they saw, struck out, attacking the blogger and demanding that the blogger give equal critical measure to the other candidates. Others who read the blog but found it to make them uncomfortable with their choice to follow Trump asked the blogger to tell them what other choice they have.

What other choice do we have? We can choose to do more than ask someone else to do the research and work for us. Yes, we all like to share a quick meme or thought, but we need to research and reason, rather than simply seek a shepherd to follow.

We all do it at one time or another, finding fault. In the process of evaluation, it is vital that both positive and negative attributes are noted and examined. Yet, even when the evaluation presents a finding of greater negative than positive, it is up to the individual to choose how to process the findings.

When buying an object, say like a car or a sofa, it is clear that the positives must outweigh the negatives. However, since very little in life is perfectly positive, we do well when we focus our thoughts to the positive attributes of the imperfect.

Sadly, it is often the case that when evaluating people, whether it be an individual or a group, we focus on the negative aspects more than the positive, even when the positive attributes outweigh the negative. Worse yet, we seek to blame others for the things that make us sad, angry, or depressed. True, the actions of others can adversely affect our emotional and physical state of being, but in the end we seem to choose to find fault with others more consistently than we try to find happiness in ourselves. When we focus on fault finding and neglect to nurture a spirit of compassion, we become the originator of a greater sadness than that which may have come from the actions of others. For while we can separate ourselves from others, we cannot walk away from our self.

FYI: I cannot view, nor do I endorse any of the ads that are shown on my blog.

Interpersonal connections through various modes and methods, specifically during this past two months, have reminded me of the old saying,

There is one category starkly missing, some people can never be pleased because they are determined to be miserable.

Regardless of the justifications of misery – temporary or chronic – there is a stark difference between experiencing misery and being miserable.

Wretched, distressful events occur, but it is a choice one makes to become wretchedly distressed by the events. The key factor separating the experience of misery and being miserable is Choice.

FYI: I cannot view, nor do I endorse any of the ads that are shown on my blog.

It is easy for people to hate when times seem tough. It is also easy for people to justify their hate because they are ignorant of real history – they only know the glossy myth. I am proud that you are not one of those people, but seek to love all of mankind. I am also proud that you seek out the history and culture behind the myth. I love that you ask “why” and have learned to chart your own course rather than to allow yourself to blindly follow those who would seek to lead you astray (even if they know not what they do). I am proud of you for who you are and who you will grow to be because of the choices you make, particularly the choice to love not hate.

There is always a cause and effect to the choices we make. The dilemma is in determining if the cause justifies the effect.

Over the past few months, I have been studying the history of intervention as part of my pursuit of a Master’s in Military and Diplomatic History. There seems to be two common lessons to learn from the history of military intervention.

There is no “getting it right.” Military intervention forcibly halts conflict for a time but does not end conflict. It always comes back. Inaction will cause many to suffer. Action will cause many to suffer. Therefore, do we intervene and cause suffering in order to stop suffering, all the while simply postponing war for the next generation? Or do we let war run its course and watch a generation die?

Stopping regional war but risking international world war is not usually worth the price. Unfortunately, no one can figure out when the price is worth paying. When 100,000 die? When multiple nations topple? When the threat reaches your own back door?

There is one new lesson being recorded for our posterity even as I post this.

Those who call for war are seldom the ones who fight the war. This is nothing new, but it is being documented in great volume in the news and social media. Armchair warriors cry for a strong stand against tyranny and call it weakness when diplomacy is used. They approve of the jobs created by military buildup but disapprove of paying the bill. They think war is like a game of Risk, a game that when an impasse is reached you box it up and put it on the shelf for the next time you feel like prancing around like a peacock. Being strong means looking strong rather than acting strong.

What we should be learning.

The one thing that history doesn’t seem to teach anymore is the value of stepping back from a fight and trying for peace once again. When this choice is made, if it is made, it is belittled and viewed as a weakness. It, rather than warmongering, is called the cause of future conflict.

Machiavelli advised to be respected rather than loved. He used the word “feared” but his context inferred respected because the Prince should avoid being hated.

The person who always carries a big stick will eventually be hated – hated for acting, hated for not acting, and hated for the threat of the big stick. Sadly, this is the lesson history is trying to teach but a lesson we just don’t seem to be learning.

Differing perspectives can elevate our comprehension of complex issues, but they can also drag us down into a pit of malevolence when discussion and debate are replaced by an unbending quest to convert or conquer.

It is understandable that we may not have time to fact check every story that pops up in the news. However, it is appalling that inflammatory or sensational stories are so readily and eagerly shared by people who are not the authors and have not taken the time to check the basic facts. As dismayed as slanted media makes me, I am more dismayed by the people willing to share stories that are more tabloid than news, more lies than truth. In an age of information, it is discourteous to pass on incorrect material – regardless of what political agenda you may think will benefit from a “bit of exaggeration.” 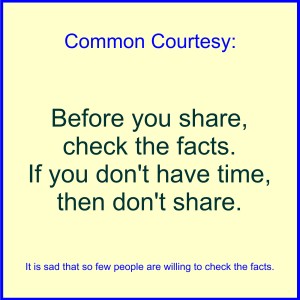 Propaganda works on those willing to listen either from fear or from prior conviction. It can plant seeds of doubt, however seeds of doubt turn into trees of knowledge for any willing to explore rather than be led. 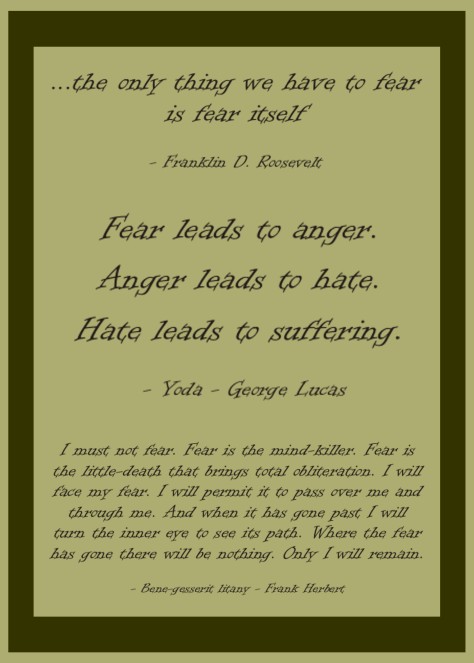 When the hearts of the many are hardened and are accepting of hate, it is then there will be woe among mankind and iniquity will prevail.
– Pioneer Lady